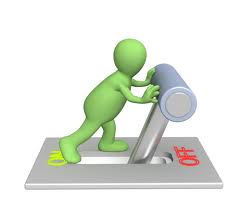 Steve Browning of Trend Control Systems examines why people treat energy use in the workplace differently to their own homes — and what measures can be put in place to combat this problem.

If further proof was required of the need for human beings to address their behaviour regarding energy use it came in a 2013 report by the U.K. Intergovernmental Panel on Climate Change (IPCC). It stated that scientists are 95% certain that we humans are the ‘dominant cause’ of global warming since the 1950s.
This view probably won’t come as much of a surprise. However, the good news is that through greater awareness of the effects of CO2, combined with the financial implications of rising utility bills, individuals are more willing and able than ever to use energy wisely. This is definitely the case when it comes to the domestic sector, but in workplaces throughout the nation energy is being wasted on a truly colossal scale. The question is, why are so many people prepared to treat energy use at work differently?
According to research conducted by Trend Controls through its energy audits, 39% of energy is wasted within the workplace. Perhaps of greater concern is that half of this figure can be directly attributed to poor behaviour such as leaving lights on after vacating a room, the use of individual fan heaters and windows that are left open with the radiators turned on. People wouldn’t do this at home, so why do it in the workplace?
To help establish a culture of energy efficiency, it is important to look at the causes of certain behaviour. For instance, if fan heaters are being used, it could be because certain parts of a building are not as warm as they should be. Making sure that a building has a comfortable temperature and good level of air quality is imperative in reducing activities that can lead to energy waste.
In the vast majority of cases, individuals engage in this kind of behaviour as a result of a poorly installed, operated and maintained building services infrastructure that are controlled by an equally inefficient building energy management system (BEMS).
When a BEMS is first commissioned it is configured around existing building layouts and occupancy patterns. These elements can change over time, leading to a highly detrimental effect on comfort conditions. For example, time clocks and setpoints can be incorrectly configured. Heating and cooling technology might be in conflict. Control loops, valves, actuators and sensors can become incorrectly calibrated. Finally, the addition or relocation of equipment will have a highly detrimental effect on comfort conditions.
A typical example is electrical equipment, such as a photocopier, being placed near a temperature sensor. This increases the temperature around the sensor, which will then call for cool air to reduce it. The cool airflow will affect adjacent controlled zones so people will feel colder and use fan heaters to warm up. This scenario of heating fighting cooling is all too common, but it is one of the easiest problems to address.
While this explanation is not intended to justify or excuse bad behaviour — opening a window when the heating is on makes no sense whichever way you look at it — it does explain certain actions. People are often so far removed from the BEMS that they feel powerless to make the type of ‘sensible’ adjustments that could reduce waste.
Giving local control back to stakeholders is important and something that BEMS manufacturers like Trend recognise. Our IQ View8 display makes energy management as simple and accessible as possible. It has a full colour touchscreen display that provides a self-configuring user interface to a BEMS, and its intuitive operation means that users can access and act upon energy management information instantly.
If the touchscreen display is sited in a prominent location like the canteen, staff can view and adjust operating times, monitor alarms and make modifications to controller parameters. IQ View8 can display schematics that provide realtime information such as temperature, humidity and setpoints from the system — enabling users to directly adapt their environment and avoid taking alternative action. What’s more, it can also reset everything to a pre-defined state at a certain point in time.
With a growing number of companies taking their corporate social responsibilities (CSR) seriously, those that want to increase stakeholder engagement can also use their BEMS to demonstrate their commitment to CO2 reduction and show the impact of their energy-saving measures. Having a prominent visual reminder about energy use also reminds employees that their actions have environmental consequences and should, therefore, in turn encourage better behaviour.
One way of doing this is through products such as Trend’s EnergyEye, a software application that can be shown on a large-format monitor. Often located in reception areas and other similar high-traffic locations, it provides a view of a building’s energy performance and presents a continually updated record of its consumption and carbon emissions — showing at a glance whether they are on, below or above performance targets.
Wasting energy is like pouring money down the drain and with much of a building’s energy consumption influenced by its occupants, their actions play a large part in dealing with this issue. The first step is to minimise the likelihood of bad human behaviour by optimising a BEMS and ensuring that the building-services infrastructure is working correctly. The second is to provide employees with the necessary tools to control the conditions that they have to work in. This will require effort, but the results will be well worth the hard work.